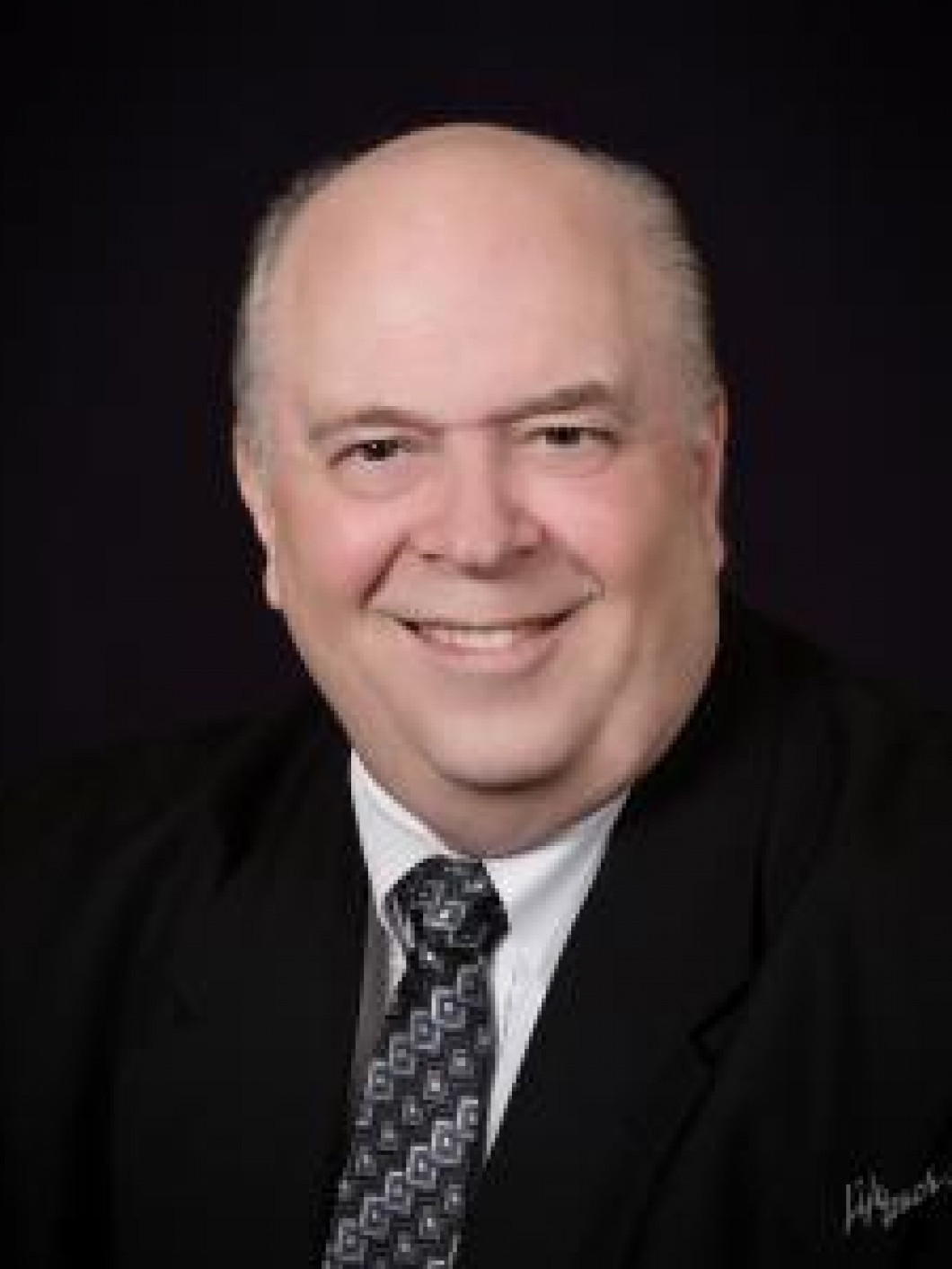 In 1972, after teaching mathematics and computer programming in the Cleveland Public Schools, he began his career in Public Accounting at a regional CPA Firm based in Cleveland, Ohio.

In 1974 he and his wife settled in Eugene Oregon, and he has practiced in Eugene, Beaverton and Lake Oswego serving clients both inside and outside of Oregon.

Mr. Houck has served in the Eugene/Springfield community as a former member of Kiwanis, as a Board Member of the Eugene Christian School (1975-1989), as the Treasurer of the Emerald Executive Association (1976-2002), as an officer & director in the Firland Heights I Homeowners Association (1982-2016), and is actively involved in his local church. 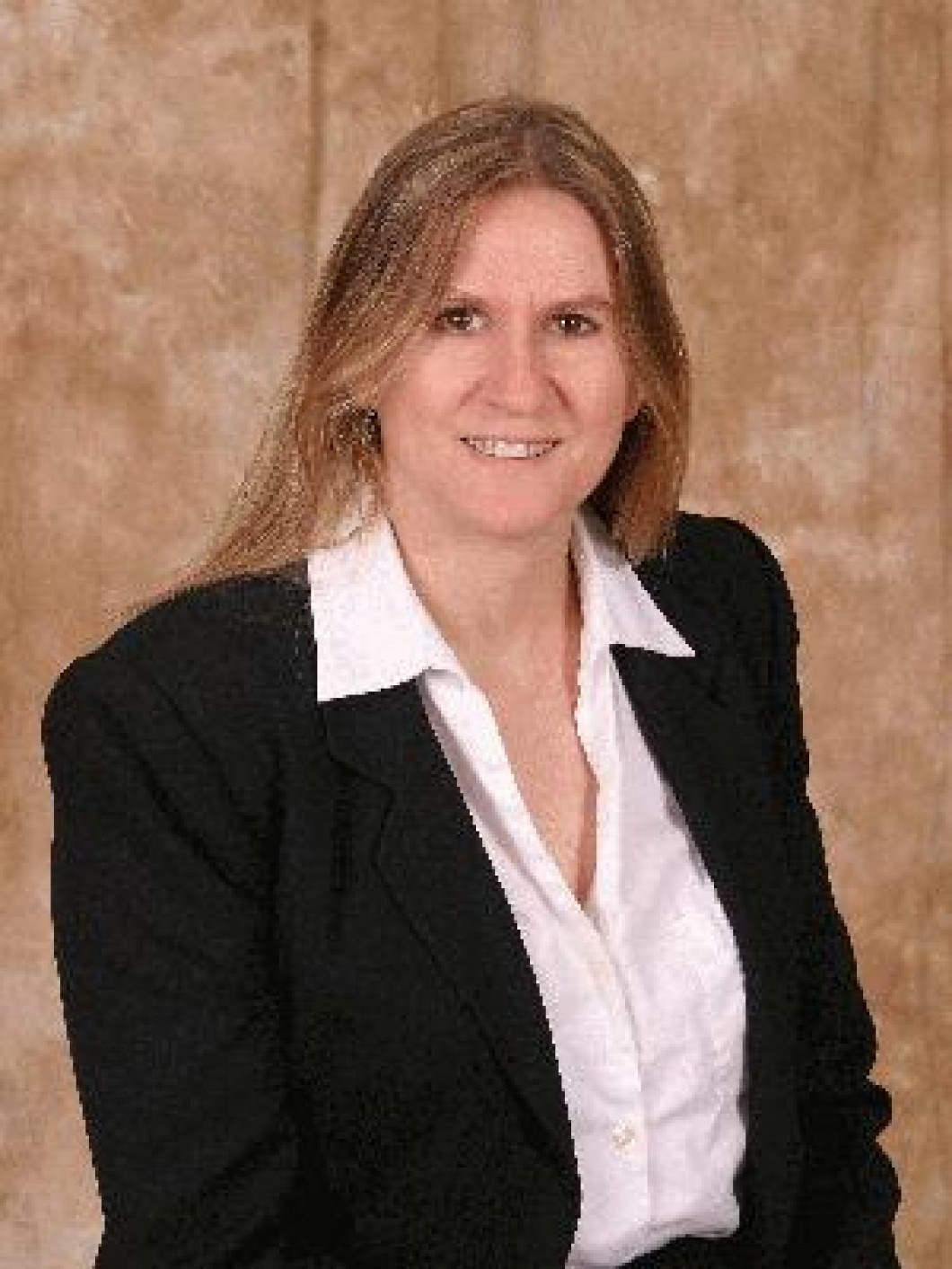 In 1989, she began her career in Public Accounting at the Eugene office of a large regional CPA Firm, based in Seattle, WA as a member of their tax department. With this special tax training and expertise she has been serving clients in the Eugene area since that time.

Barbara serves the community through her local church and the Eagan Warming Center as well as a participant in the Women's Business Leaders division of the Eugene Chamber of Commerce, as well as being active in the Eugene Tax Association and the Eugene Estate Planning Council. 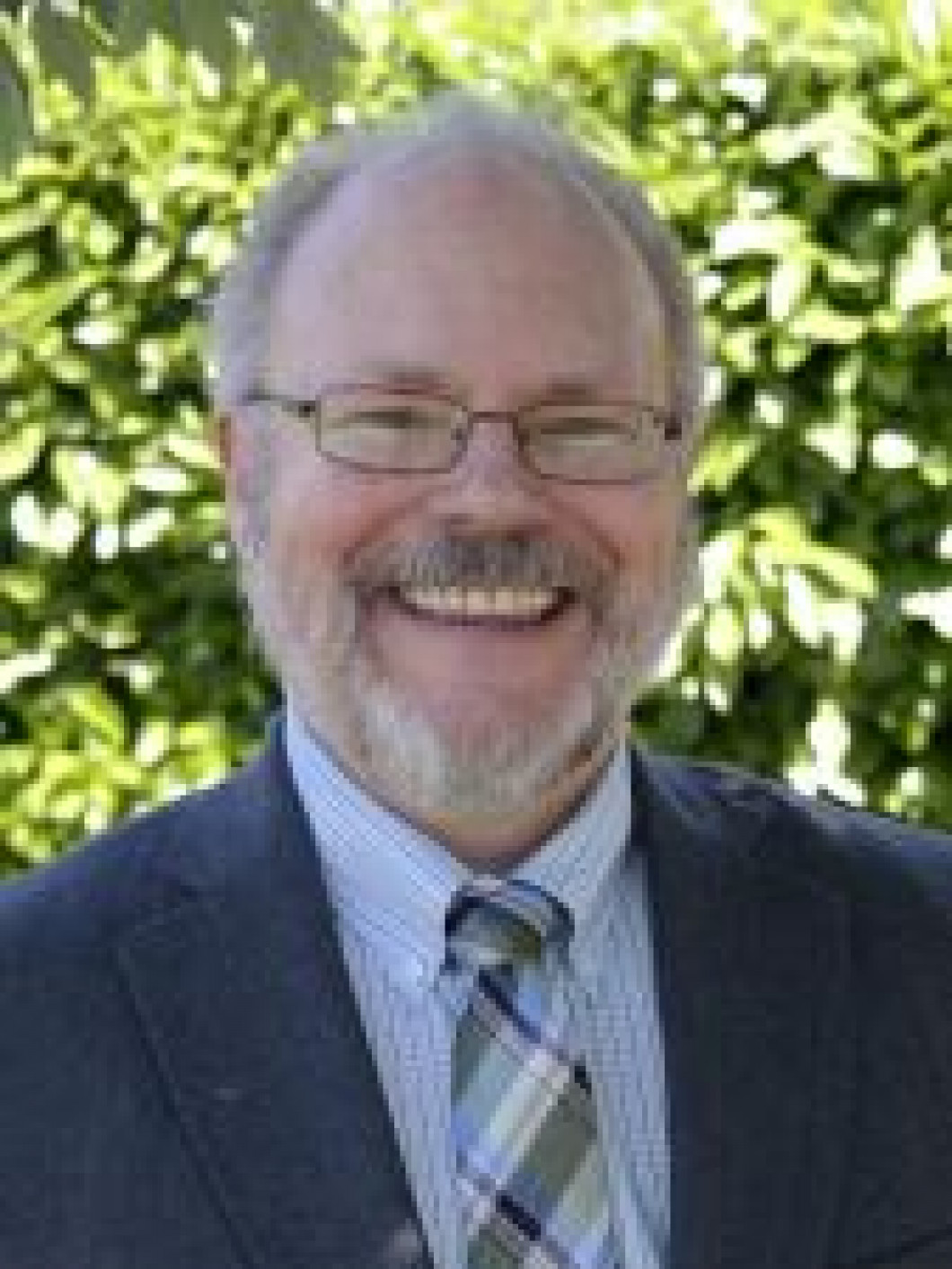 Greg and his wife emphatically LOVE Eugene and the great State of Oregon. If they are not riding the back roads on a motorcycle, they are enjoying a concert in Washburne Park or enjoying the Nordic Film Series at the University of Oregon. They actively encourage everyone to "take a chance" and try something new in our community.

Mr. Beisner also serves as the manager of the Sweet Home Office. 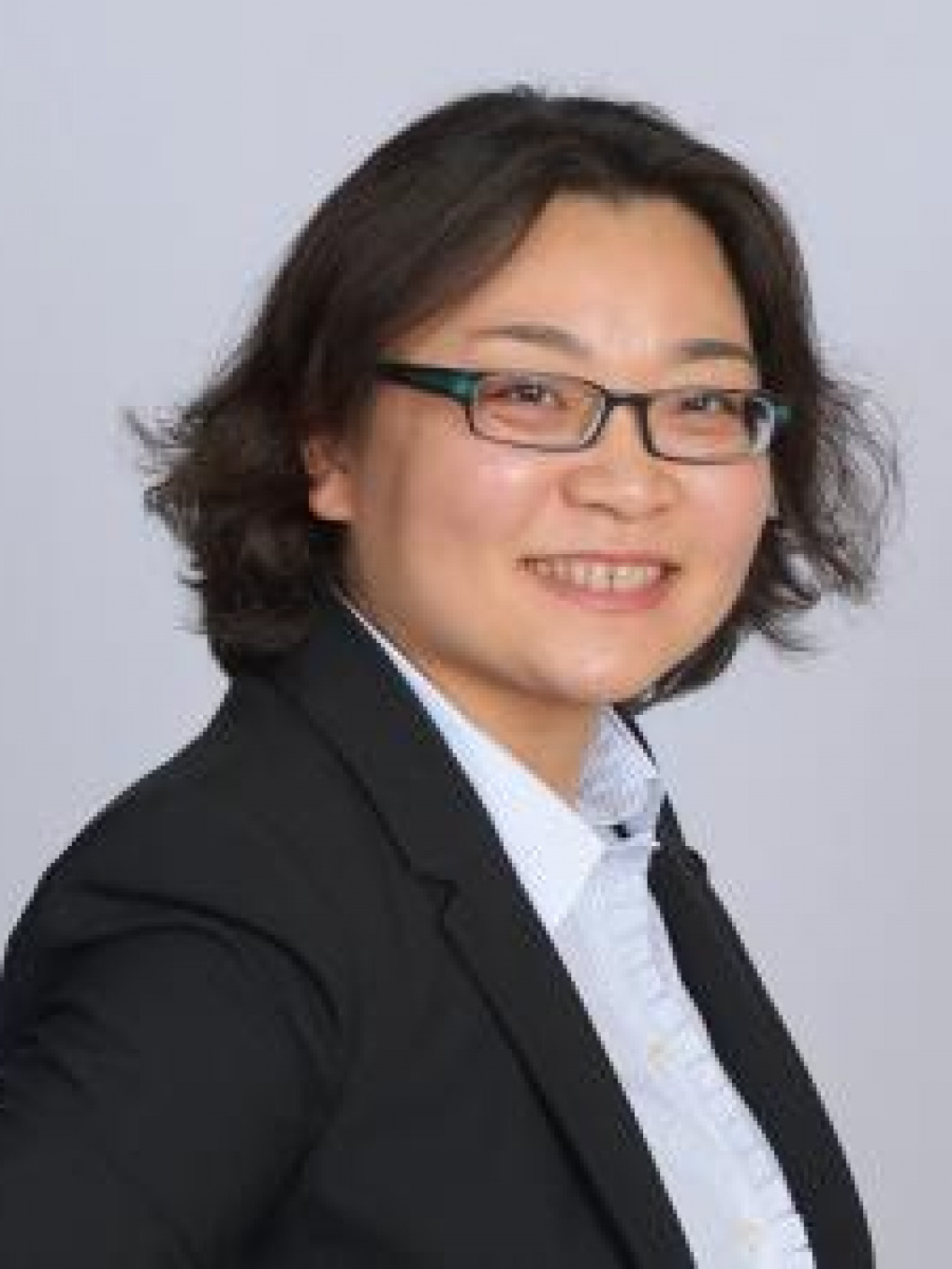 Zoe was born and raised in China, and came to the United States to attend the University of Texas at Austin, where she earned a Master of Professional Accounting degree. She began her career in Texas and in 2008 moved with her family to Eugene Oregon, joining the local CPA Firm, Kernutt Stokes, LLP. In 2017, she joined the professional staff of Houck Evarts & Company LLC, where she specializes in tax services to local, national and international clients. Her unique abilities allow her to assist the Chinese-speaking community who do business in this community with specialized services with no language barrier.

Zoe is actively involved in the local Asian community and serves on the Board of the Eugene-Springfield Asian Council as well as the Asian American Foundation in Oregon.

Zoe, her husband Fang, and her two children enjoy the outdoors that the Eugene-Springfield area offers and take opportunity to spend time together in this region as often as possible. 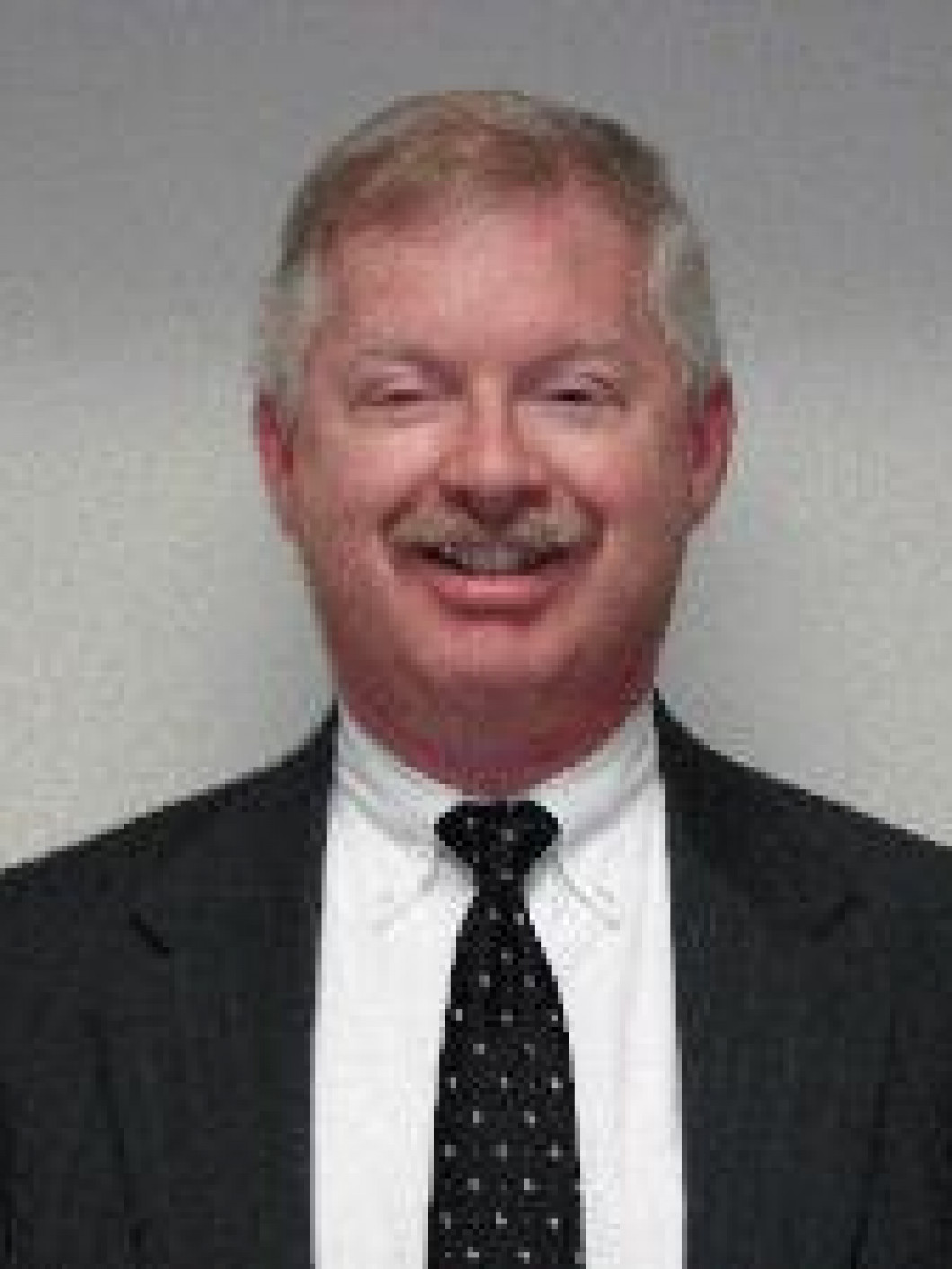 Mr. Rooke has over 25 years of experience in the accounting field in both the private and public sector. After serving in various private sector positions as the inside accountant, Mr. Rooke became a Certified Public Accountant in 1998, when he embarked upon a path in Public Accounting.

Mr. Rooke also has the distinction of being a Certified QuickBooks ProAdvisor. This distinction sets him apart as a professional who can be of significant benefit and assistance to our clients who have chosen to use the QuickBooks Accounting Software to maintain their accounting records. 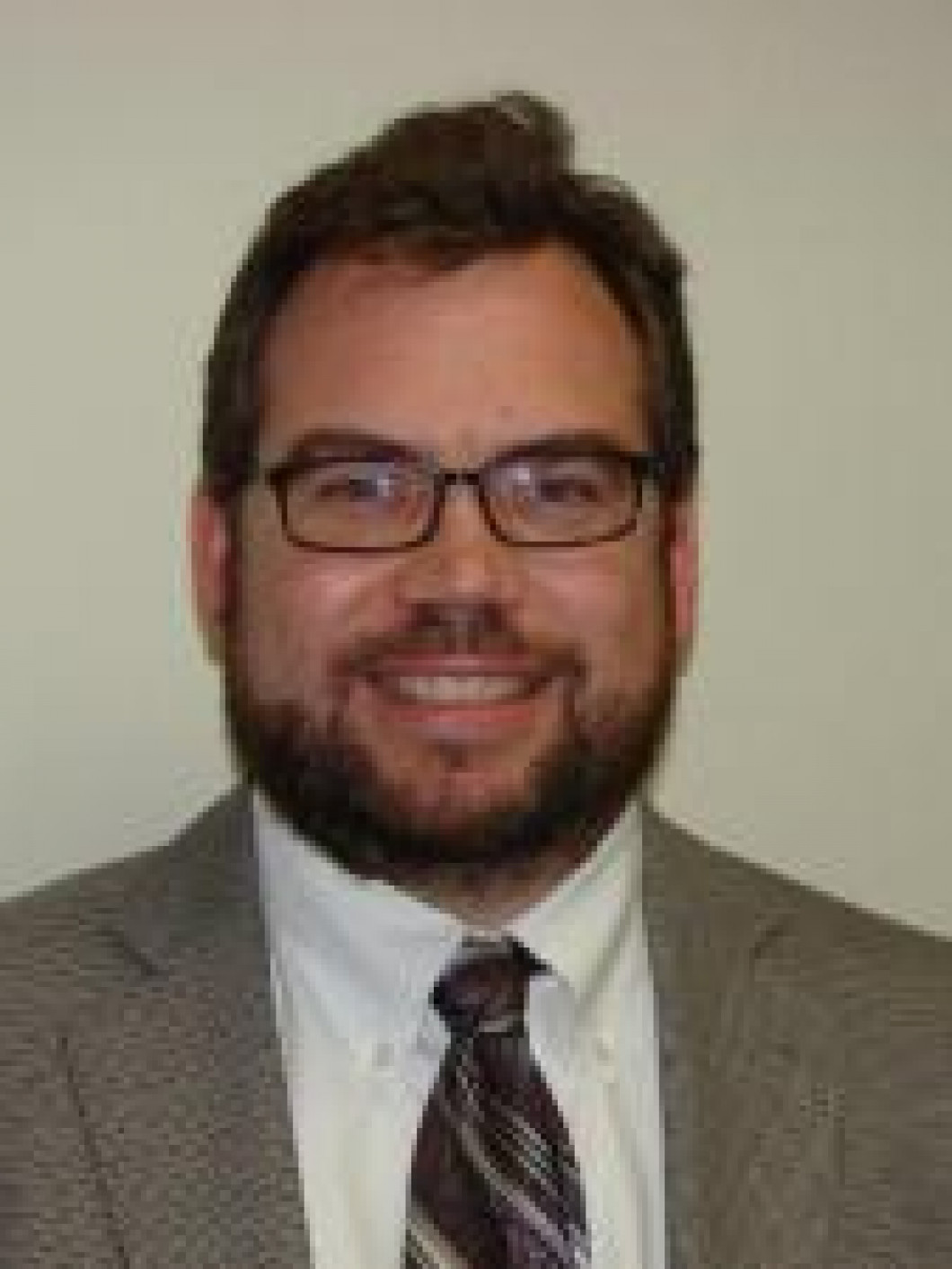 During his tenure as an aspiring attorney, Mr. Reynolds served as a Teaching Assistant and Research Assistant at the William S. Boyd School of Law at UNLV, as well as serving in the Federal Public Defender's Office, Habeas Corpus Division, in Las Vegas, Nevada.

Upon completion of his studies and becoming a member of the Bar, Mr. Reynolds worked in Law Firms in Nevada and Oregon, ultimately settling in Eugene, where he and his wife set down roots and began the raising of their family.

During Mr. Reynolds time practicing law, he discovered that much of his interest in tax law focused on the accounting aspects of the law and determined to pursue a career in the Accounting Profession. To that end, he completed the required coursework and in June 2015 was awarded a Certificate in Accounting via the University of California Berkeley Extension Program.

In January 2016, Mr. Reynolds joined the Professional Staff, obtaining his CPA cerfificate in 2017. 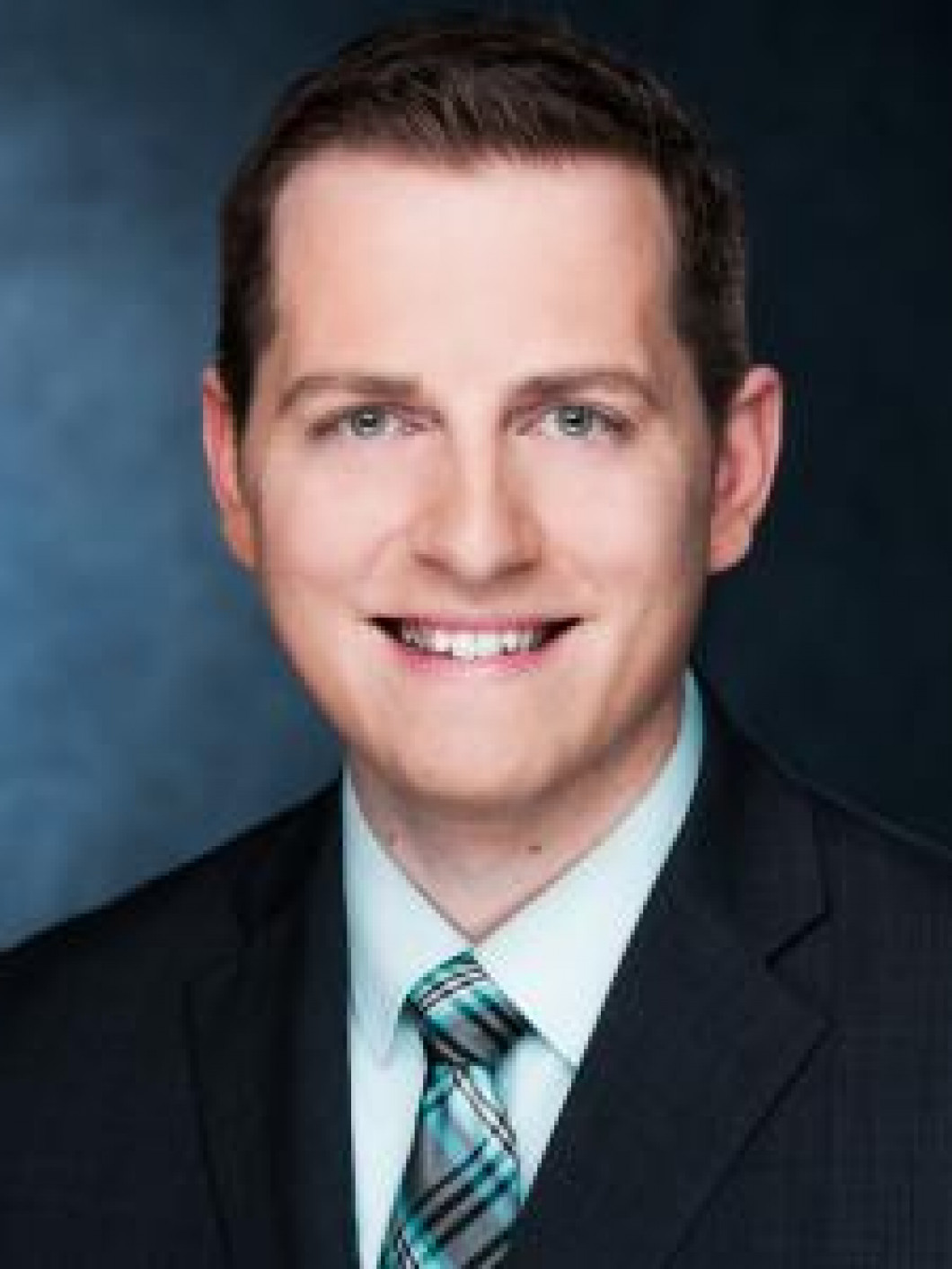 Mr. Herbison joined the Firm in 2016 as a Certified Public Accountant candidate, when he embarked upon a path in Public Accounting.

He is a graduate of Eastern Oregon University with a Bachelor's of Science in Business Administration with a focus in Accounting. For 5 years before joining the firm, he worked in the financial services industry with New York Life Insurance and Annuity Co., working with clients to develop and implement sound financial strategies specializing in retirement income distribution. Prior to that, he served as a project manager for a Eugene-based construction company.

His career goal is to become a Certified Public Accountant/Financial Planner aligning his education and in-depth experience in financial services to provide a comprehensive and valuable service to clients.

Mr. Herbison is a native Oregonian and permanent resident of the greater Eugene area, where he, his wife and children reside. His favorite activities are making breakfast for his family on the weekends and going to Oregon Football games with his father. His hobbies include being a Varsity level official for Lane County Basketball Officials Association and a team penning and gaming judge for Oregon High School Equestrian Teams. 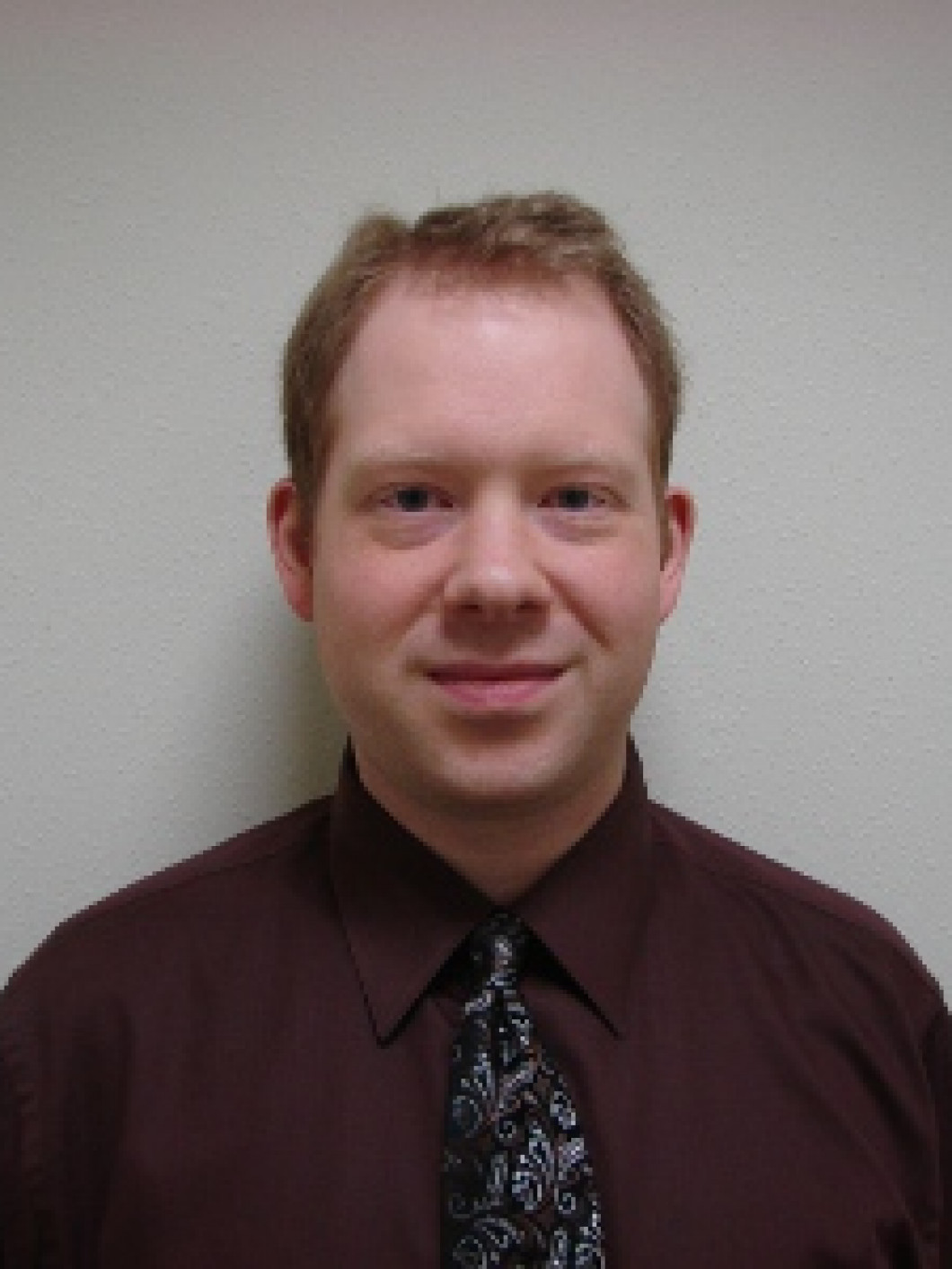 Mark, a native of Eugene, Oregon, serves as the Firm Administrator, using his Bachelor of Business Administration Degree from Seattle Pacific University, which includes a concentration on Information Systems.

To establish a link to the Houck Evarts & Company LLC secure data transmission portal, just send us an email and we will supply you with further instructions. 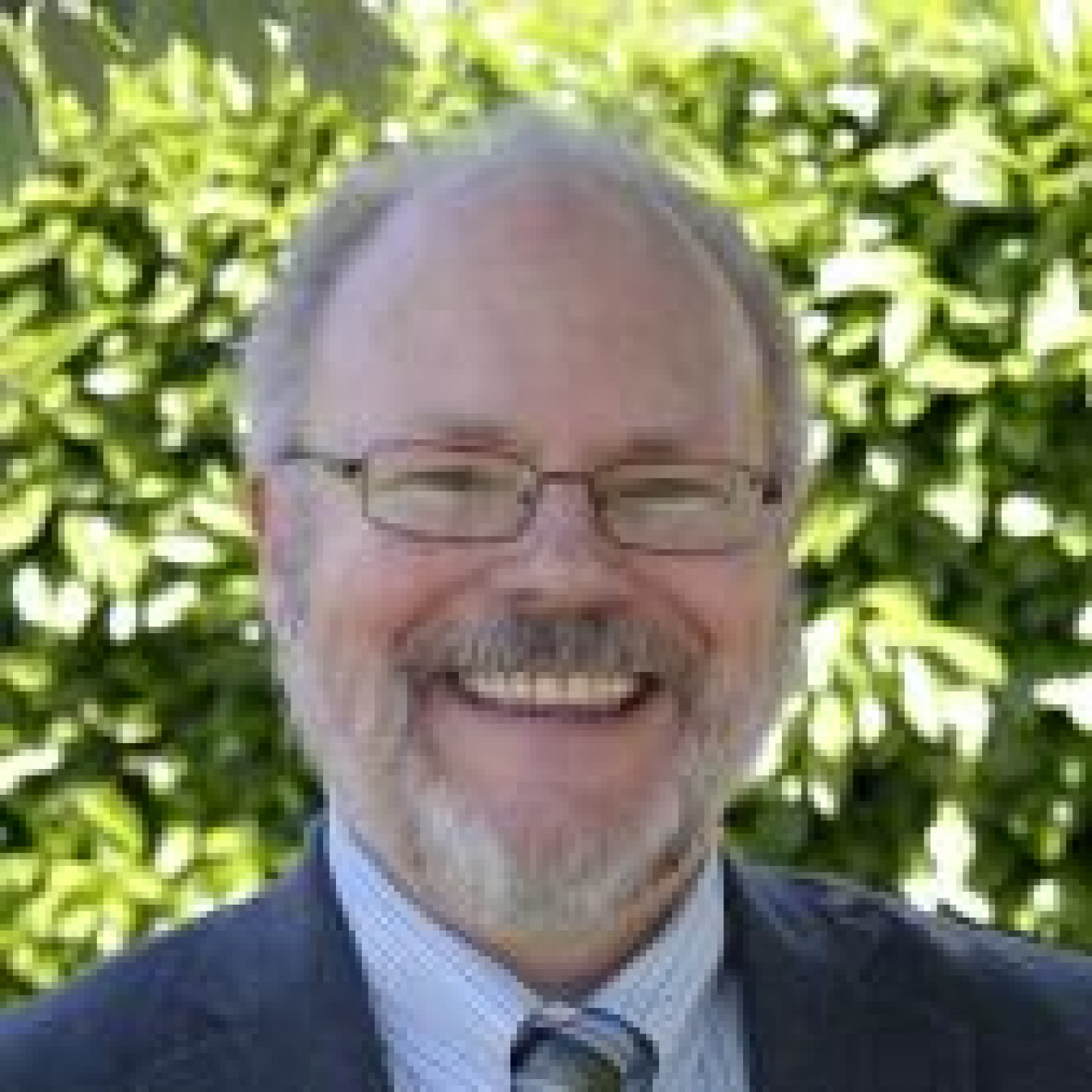 Mr. Beisner serves as the manager of the Sweet Home Office. 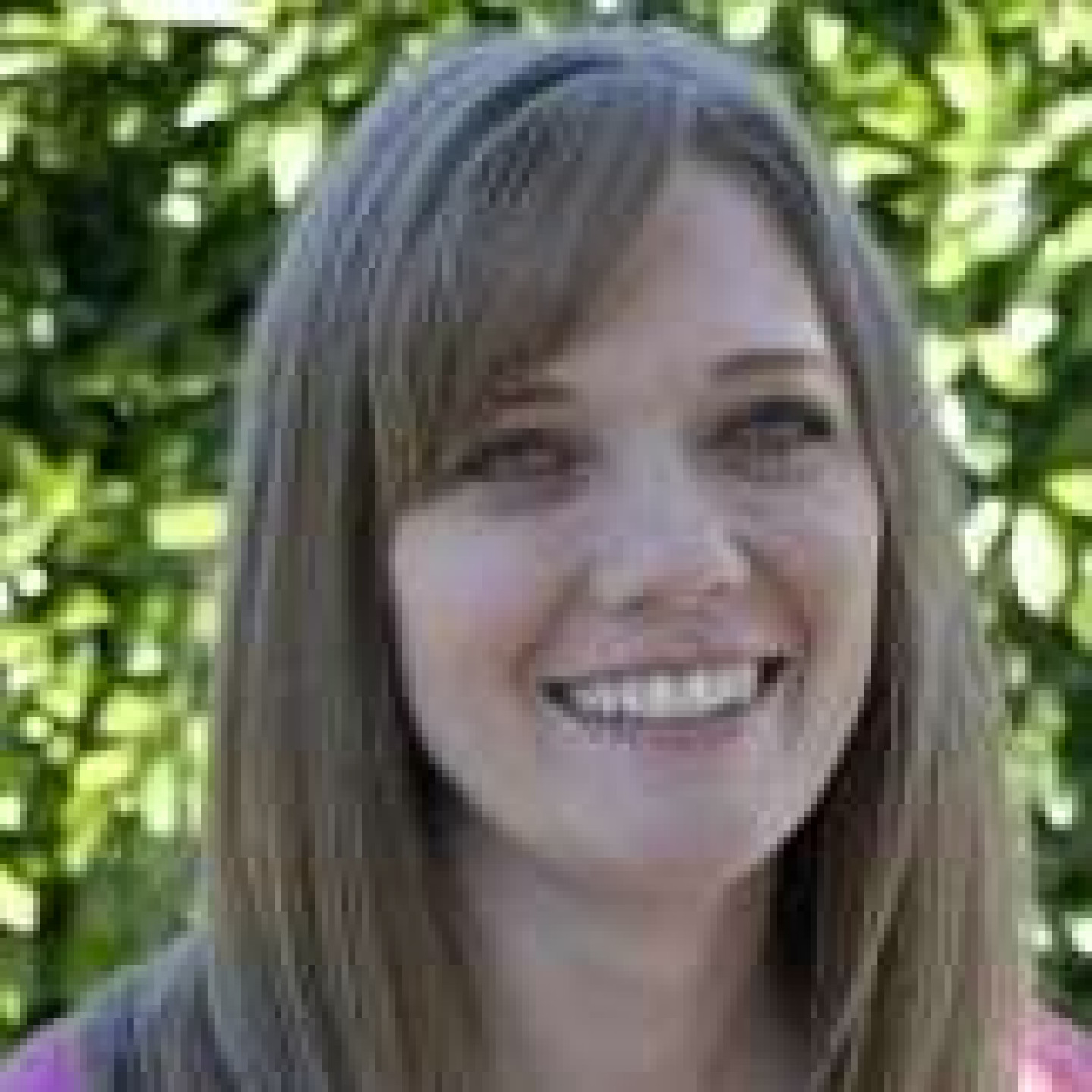 Mrs. Gaskey joined the professional staff of the Firm on July 1, 2015. Her working history in accounting started with bookkeeping services in accounts receivable and accounts payable for a grass seed company. She next served as a full-cycle bookkeeper for a local church and in 2006 joined the CPA Firm Cornerstone Financial in Sweet Home, Oregon, where she obtained her Oregon Licensed Tax Consultant certification. She also completed the Elliott Bookkeeping School Payroll Accounting course and is now the Sweet Home office Payroll Specialist with more than a decade of payroll experience.

Mrs. Gaskey volunteers in her church, providing bookkeeping and hospitality services. Along with her husband, she leads a community group. She is actively involved with her family and their interests, including fund raising for East Linn Chirstian Academy as well as sports and 4-H activities. 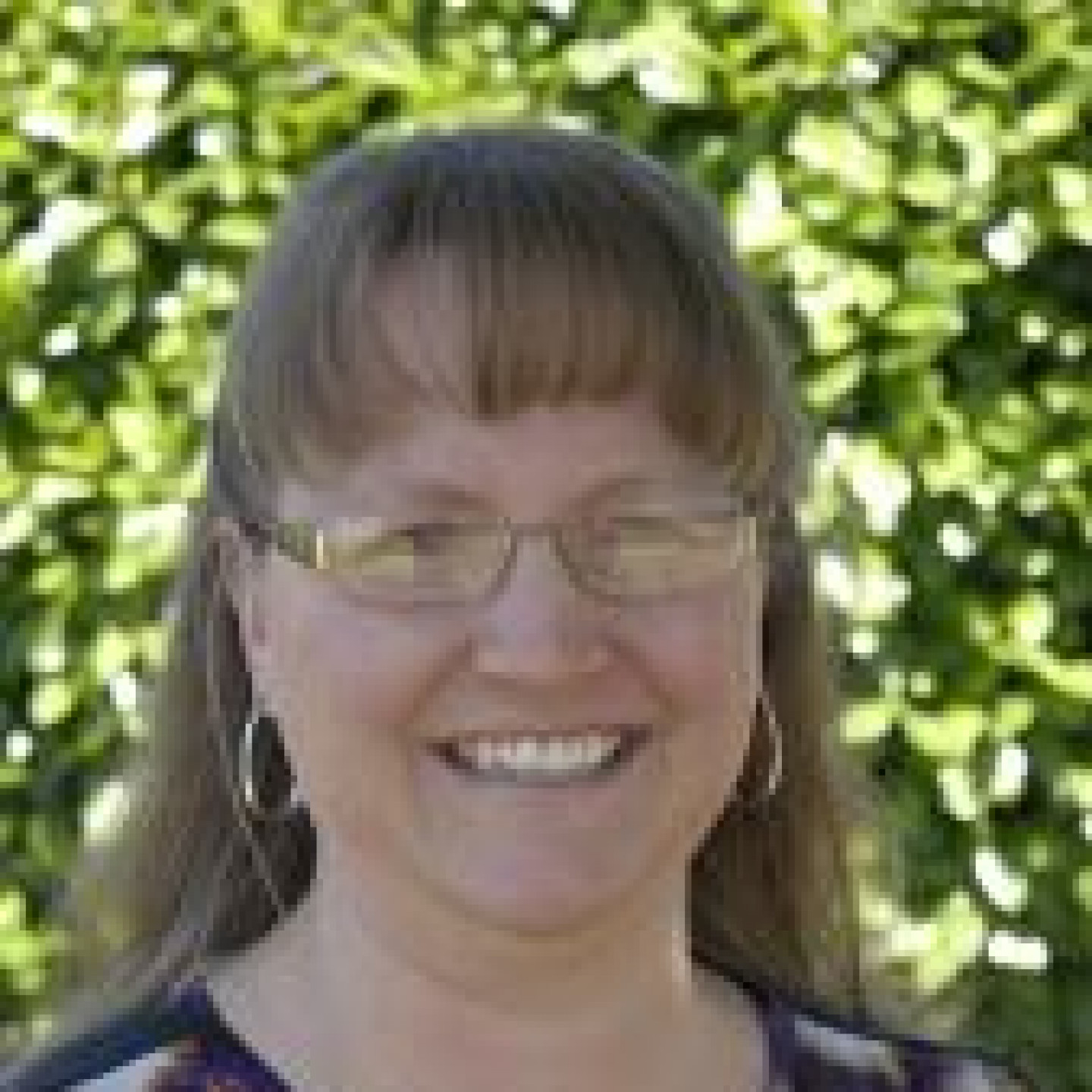 Mrs. Ingram joined the Firm on July 1, 2015. Prior to joining the Firm she was a part of the staff of the CPA Firm Cornerstone Financial, in the Sweet Home Office.

Mrs. Ingram recieved a Bachelor of Arts Degree in Communication and a minor in Marketing from Southern Oregon State College in 1991. In addition to being a "stay-at-home mom" she spent several years working in the financial sector and as an office manager. In addition, she holds a Certificate of Medical Transcription from The Andrews School and had served as a medical transcriptionist just prior to joining Cornerstone Financial.

Mrs. Ingram is actively involved with her family in their sporting events and is an avid sports photographer. She is also active in her local church.